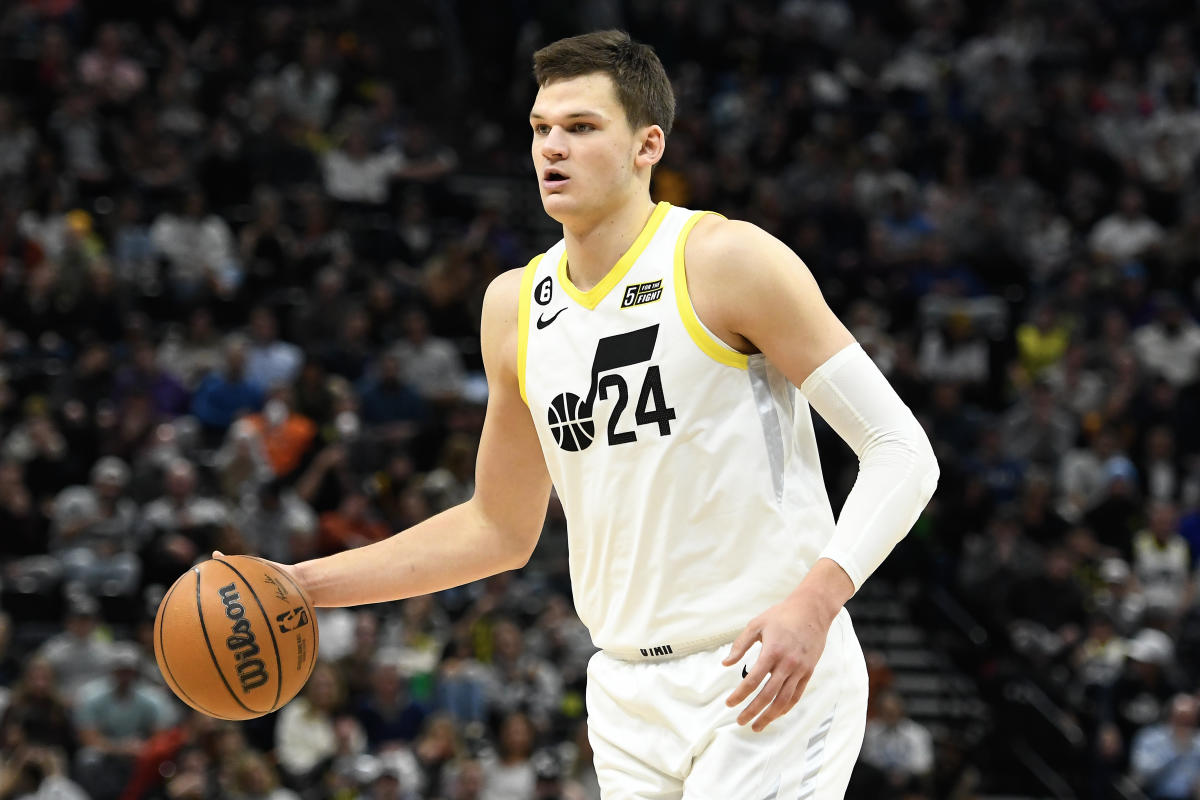 As we near the 50-game mark in the NBA season, and with the All-Star break just around the corner, it’s time for another check-in on the league’s crop of first-year players. While Paolo Banchero, Benedict Mathurin, Keegan Murray and Jabari Smith — among others — continue to show encouraging flashes, the reality is that the 2022 draft class hasn’t exactly been a fantasy basketball goldmine.

As of Wednesday, Murray is the only rookie who ranks inside the top 120 in nine-cat, per-game value. Fittingly, he checks in at exactly 120th.

Meanwhile, Banchero is down at 140th, although it’s worth noting that these rankings can be a bit skewed due to the absence of roster construction context. While Banchero’s value is dragged down by his pedestrian percentages, lack of elite defensive production and relatively high turnover rate — he ranks 95th in eight-cat — he’s clearly been much better than the 140th-best fantasy player in the NBA this season. That’s especially true in points leagues, where Banchero has been a borderline top-50 option thanks to his exceptional points, rebounds and assists numbers.

Let’s take a look at the biggest names from the 2022 NBA Draft, as well as highlight some lesser-known rookies fantasy managers should be keeping an eye on as the trade deadline approaches.

As noted above, Banchero’s real value does not necessarily correlate to his ranking in category leagues. He’s been far and away the best rookie in the class and is one of the most advanced first-year players, physically, that we’ve seen in quite some time. He’s had some ups and downs over the last few weeks, but overall, his production has remained incredibly consistent.

An ankle injury has cost Smith the last two games, and he could miss another Wednesday night, but it doesn’t appear to be anything of long-term concern. Before the injury, the No. 3 overall pick had once again fallen into a shooting rut, connecting on just 22.4 percent of his three-point attempts over his last 13 games. During that stretch, he was still providing 11.6 points and 6.4 boards in 28.1 minutes, but the percentages have been a killer for fantasy managers. For the season, Smith is down to a 39/31/80 shooting line.

The No. 4 overall pick is starting to heat up for the Kings, who suddenly find themselves in the No. 3 spots out West. Over the last nine games, Murray is up to 15.4 points, 6.0 rebounds and 3.6 made threes on a sizzling 53.3 percent from deep. Overall, he’s shooting 56 percent from the field during that stretch.

By now, fantasy managers know not to expect much from Murray in terms of assists, steals or blocks, but he’s developing into a great source of high-volume threes to go with efficient scoring, rebounds and an ultra-low turnover rate. Since the beginning of January, Murray is playing 31.4 minutes per game, up nearly 3.0 per game compared to the first two-and-a-half months of the season.

Like Banchero, Mathurin’s nine-cat ranking (238th) belies his actual value, and he ranks much higher in points formats. To be fair, Mathurin provides very little value outside of pure scoring, rebounds and free throws, but he’s excelling in all three of those areas with Tyrese Haliburton sidelined.

Initially, the Pacers experimented with inserting Mathurin into the starting lineup after Haliburton went down, but he’s since returned to the bench, where he’s spent 43 of his 49 appearances this season. In seven games without Haliburton, Mathurin is posting 19.3 points, 5.0 rebounds and 6.4 made free throws per game (he’s 12th in the NBA in total FTM on the season). He’s struggling from three (6-23 3Pt) but is still maintaining a solid field goal percentage (45.2% FG).

Haliburton could be back within the next few games, so Mathurin’s value will likely take a slight hit, but he’ll remain a great source of points and free throws — just don’t expect much else.

The last few weeks have been mostly status quo for Ivey, who’s scored in double figures in 10 straight games. During that run, he’s up to 15.1 points, 5.7 assists and 4.4 rebounds, but he’s shooting just 41.1 percent from the field and a concerning 68.9 percent at the free throw line. Meanwhile, Ivey continues to provide very little value on the defensive end (0.8 combined blocks/steals).

The hope is that the free throw shooting improves as Ivey develops, but he wasn’t a good free throw shooter in college, so it’s not a guarantee. Either way, fantasy managers can continue to count on Ivey for scoring and assists, but he’s a glaring negative when it comes to percentages, defensive stats and turnovers. As of Wednesday, Ivey remains rostered in 68 percent of Yahoo leagues.

Williams continues to be an every-night starter for the Thunder and is one of the most unique players in the class. Capable of playing multiple positions, Williams offers a well-rounded stat profile with few weaknesses. Three-point shooting is his primary downfall — he’s fallen under 30 percent from deep on the year — but over the last 10 games, he’s providing 11.8 points, 4.5 rebounds, 3.5 assists, 2.1 steals and 0.8 blocks in 31.2 minutes.

The word is officially out on Kessler, although he’s still available in nearly 30 percent of Yahoo leagues, as of Wednesday. If your league is one of those, I would recommend picking up the Auburn product, who should maintain a significant role the rest of the way. Lately, he’s benefited from the absence of Kelly Olynyk, but even before the veteran’s absence, Kessler had begun to flash his immense potential. Over the last eight games (seven starts), Kessler is posting 11.5 points, 11.3 rebounds and 2.6 blocks while shooting 67.2 percent from the field.

That sample includes a 20-point, 21-rebound game against Minnesota, a 10-point, 11-rebound, six-block game against Memphis and a 13-point, nine-rebound, seven-block effort in a win over Orlando.

The big man missed a handful of games earlier in the month due to an ankle injury, but he was back in the starting lineup Monday against Milwaukee. Duren finished that game with 23 points, 15 rebounds, two steals and two blocks for one of his best outings of the year. With the Pistons firmly embracing the tank, Duren should be looking at a starting role the rest of the way. He comes with the typical rookie big man pitfalls — poor FT%, low assists, inconsistent blocks — but in 16 starts so far, he’s up to 10.3 points and 11.4 boards per game.

After beginning the year in the G League, Williams is finally starting to see a consistent run at the NBA level. He’s coming off a dud Tuesday night at Phoenix — six points in six minutes — prior to that, he’d played at least 17 minutes in four straight games. Chances are, Williams will continue to battle Nick Richards for backup center minutes behind Mason Plumlee. However, Williams’ fantasy managers should pray the Hornets deal Plumlee at the deadline, which would be a massive boon for the 7’2″ Duke product. The big man has flashed his defensive potential of late in matchups against Houston (five blocks), Atlanta (three steals) and Utah (three blocks, two steals).

Eason remains a fringy player in most leagues, but he’s a name to monitor as the season progresses — especially if/when the Rockets part ways with Eric Gordon. For now, Eason’s production is a bit too shaky to trust, but he’s coming off an 11-point, nine-rebound, three-assist, three-steal, two-block effort Monday against Minnesota. That’s the kind of across-the-board production the LSU product may be able to provide on a more consistent basis down the stretch.