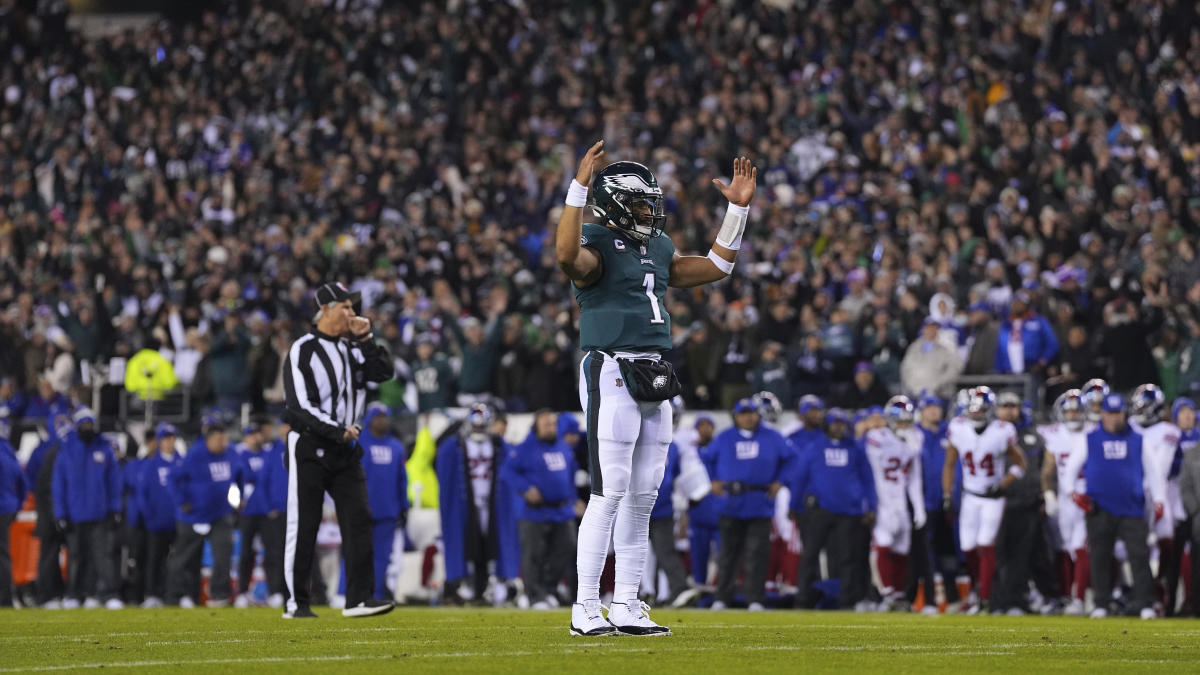 Buyers came … buyers saw … and buyers logged in and wiped out Ticketmaster’s allotment of NFC title game spots in a matter of minutes Tuesday.

With that online turnout — which featured a queue of thousands when tickets went on sale to the general public at 10 am Tuesday — the cheapest shot many fans had at getting into the NFC championship game vanished as quickly as it arrived. It showcased what secondary ticket market analysts have predicted since the matchup between the Philadelphia Eagles and San Francisco 49ers was set Sunday: This was going to be a searing hot ticket.

So far it has lived up to the hype, with the NFC title game currently stacking up as the most expensive conference title game in NFL history. According to industry search engine TicketIQ, the average price per-ticket hit $2,468 on Monday afternoon, with president Jesse Lawrence calling that cost “the most expensive conference championship game we’ve ever tracked.” That early figure ripped past the previous peak set last year between the 49ers and Los Angeles Ramswhich touched $1,542 in average price per ticket.

Secondary inventory for the game was still solidly high by Tuesday, fluctuating in the range of 4,000 to 5,000 tickets still available. If it remains that high, it could drive prices lower — but the limited general sale to the public by Ticketmaster was wiped out quickly, it’s possible inventory will start to dry up as buyers start to lose patience and take what is available. As of Tuesday afternoon, Lawrence said the peak average price was still strong.

“As of now prices are holding,” Lawrence said. “Get-in price dropped a bit, but overall the average is right where it was [Monday].”

The get-in price for the game (which represents the cheapest seat in the stadium or standing room only) was nearly $700 before fees late Tuesday night.

The NFC game isn’t alone, either. The AFC championship matchup between the Kansas City Chiefs and Cincinnati Bengals had an average single ticket price of $1,218, according to TicketIQ’s data on Monday afternoon. That represented the most expensive average AFC title game price ever tracked by the outlet, and the fourth-highest of any conference title game. Those figures do not include reduced-capacity playoff games during the COVID-19 pandemic.

Why the spike? Analysts say inflation is likely at play, like everything else in sales over the past 12 months, but there has also been significant demand, too. StubHub’s head of partnerships, Adam Budelli, said the outlet saw massive demand for divisional-round tickets, foreshadowing the conference title game demand.

“Last weekend’s games doubled the sales of [the January 2022] divisional rounds on StubHub, setting the stage for a record-breaking championship weekend when it comes to ticket sales,” Budelli said. “Demand for both the AFC and NFC championships are up over last year at this time. While [Bengals quarterback Joe] Burrow and [Chiefs quarterback Patrick] Mahomes is predicted to slug it out in what’s sure to be a memorable rematch [of last year’s AFC title game]the clash between the elite defenses and passionate fan bases of the 49ers and Eagles is dominating sales.”

So what does this mean for potential Super Bowl sales? It’s too early to tell, given the game’s matchup hasn’t been settled. But the trend of hot division and conference championship sales could be setting up another massive price tag for Super Bowl tickets.

“The current [Super Bowl] average list price is $9,527, which is extremely high, even for a Super Bowl,” Lawrence said. “Prices won’t likely remain that high, but if they did it would be the most expensive Super Bowl we’ve tracked.”