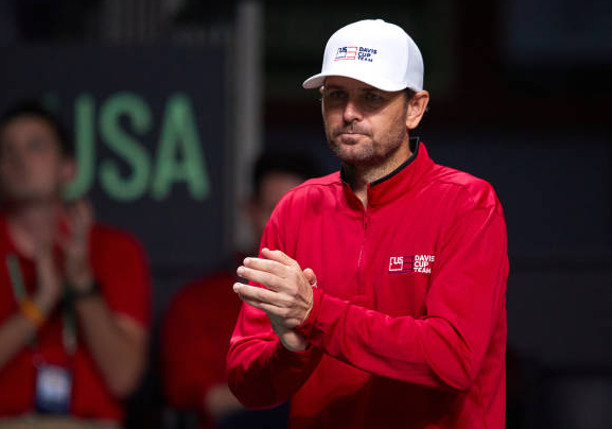 The Mardy Fish era has ended.

Former world no. 7 Mardy Fish’s time as US Davis Cup captain is done.

Fish, who was officially named captain in January of 2019, and the USTA “mutually agreed to move in a new direction with the Davis Cup captaincy in 2023,” the US Tennis Association announced today.

An interim captain will be announced for the United States’ upcoming Davis Cup tie in February. Further information on the search for a new full-time captain “will also be announced at a later date,” the USTA said in a statement.

Prior to Fish’s 2019 appointment, his friend and former Davis Cup teammate, James Blake, was among the candidates for the captaincy. Blake serves as the tournament director for the Miami Open as well as a tennis television analyst.

The USTA also announced that Tommy Paul Jenson Brooksby, Mackenzie McDonald, Rajeev Ram and Austin Krajicek will represent the US for its Davis Cup Qualifying tie vs. Uzbekistan February 3-4 at the Olympic Tennis School in Tashkent.

Fish had some recent missteps as captain. Fish and Bob Bryan were both fined $10,000 and issued with suspended bans of four months after admitting the promotion of a gaming operator on social media.

Both Fish and Bob Bryan “co-operated fully with the ITIA investigation and removed the posts immediately,” the International Tennis Integrity Agency announced.

The suspensions will not be enforced unless there is a further breach during the four-month period, which began on November 11, 2022.

Fresh off partnering Joe Salisbury to the ATP Finals doubles championship in Turin, Ram pulled no punches expressing his deep disappointment captain Fish left him off the squad.

“Very disappointed. I put in a lot of hard work this year to help the team get there,” Ram told the media in Turin about his Davis Cup omission. “I felt like I had earned the spot, if you will.

“So I was quite surprised when I wasn’t picked, and even more surprised to be honest that they only went with four players instead of five. That was the choice. But, yeah, I was hoping to be on the team for sure .”

In response to criticism, Fish pointed out that he is the captain who picked Ram, who had been largely ignored previously, for the last American tie. Ram owns a 4-1 Davis Cup record in five appearances. Fish said he “loves” Ram, but being a captain requires making tough roster calls.

“I love Rajeev. Rajeev has been a phenomenal player for us,” Fish said in November. “This is a different roster this specific time. We have Davis Cup next year. I told him that he is still very much in my plans for future ties and beyond. Obviously we play every year.

“I have been the only captain, I will say, the only captain to call him and to be a part of the team. So I think that speaks volumes in terms of what I think of him as a player. The doubles, speaking specifically about the doubles, I think the world of him in terms of his game. Obviously he’s one of the best players in the world. But matching, putting a team together isn’t as simple as just taking a player that’s ranked high and putting him with another player and just hope that they do well.”