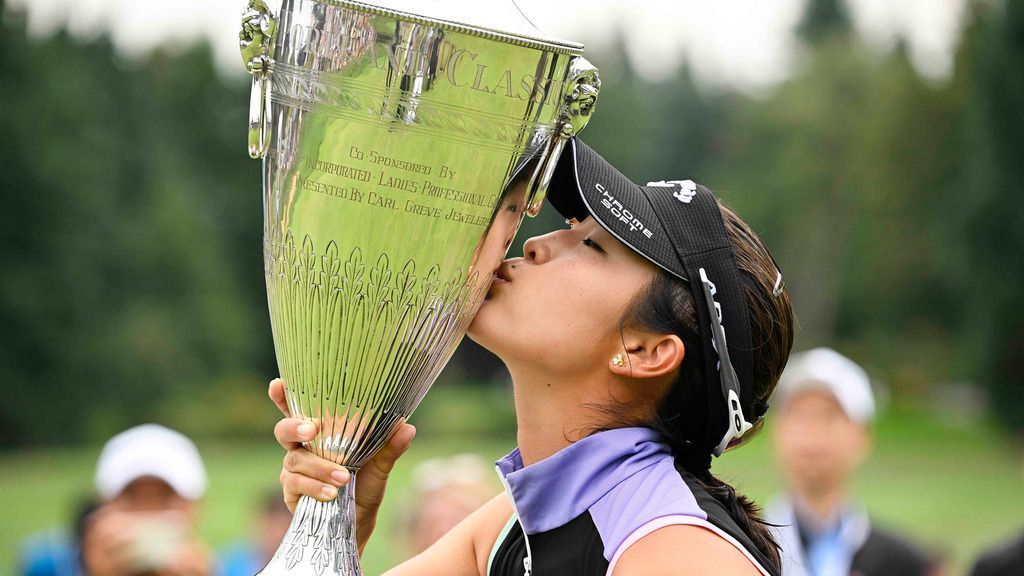 NAPLES, Fla. — More than $100 million will be awarded to LPGA players for the first time in 2023, an increase of about 18% over what was planned for this season and more than doubling what was paid out on the tour just a decade ago.

And in the eyes of LPGA Commissioner Mollie Marcoux Samaan, that’s a good start.

The LPGA’s 33 official events next year will have a combined $101.4 million in purses, the tour announced Friday while unveiling the schedule. But reaching nine digits in total purse for the first time hardly means that the tour has reached its target, Marcoux Samaan said.

“I think we’re trying to just grow as much as we can possibly grow,” Marcoux Samaan said. “I think it is a milestone, not a target. I think it just symbolizes the next level of evolution for the tour. But I don’t think we feel like we’re done. We feel like there’s much more investment to be had in the women’s game and we’re passionate about getting that.”

The schedule has events in 11 states and 12 countries. It has two tournaments — if they happen — in China. The LPGA has not played there since October 2019, canceling each of its last five planned events in China after the coronavirus pandemic.

For now, there’s some hope about getting back to China.

“I think we’re just still waiting to hear and we told the players that we’ll keep them posted, but we have the contract and it’s on the schedule, and we’ll let them know as that evolves,” Marcoux Samaan said.

The five women’s golf majors account for $37.9 million of the planned purses, led by $10 million set to be paid out at the US Women’s Open at Pebble Beach next July. That tournament is immediately preceded on the schedule by the Women’s PGA Championship at Baltrusol, a $9 million event.

That’s $19 million to be paid out in a span of just two events, something that was unfathomable in women’s golf just a few years ago.

The last four of the five majors occur in an eight-week, seven-tournament span.

“I think part of it is because we are playing at some phenomenal golf courses and a bit of those decisions were based on availability at the golf courses and the ability to get in and play in these really important and iconic venues,” Marcoux Samaan said. “So, I do think in the ideal load, those that would be spread out more.”

Official purses for this season wound up reaching about $93.5 million, mainly through increases to what was offered at the majors. The plan entering 2022 was for purses to be $85.7 million.

For now, Saudi-funded LIV Golf — which will offer $405 million in 14 men’s events in 2023 — has not revealed any formal plans about trying to entice women’s players, although CEO Greg Norman has mentioned the possibility. The LPGA hasn’t had to worry about LIV, yet.

“A fractured golf environment is not good for anyone,” Marcoux Samaan said. “It’s my role as the commissioner, as a steward of this organization, my responsibility to really listen and learn and we are doing that and we’ll continue to do that. There’s nothing new to report on it.”

Every tournament on the LPGA’s 2023 slate carries a purse of at least $1.5 million, and there are only four with purses that small. There are 16 tournaments, excluding the majors, with purses of at least $2 million, including seven of the final eight on the schedule.

After the Solheim Cup in Spain in late September, the LPGA will play eight consecutive weeks to finish its season in a bit of a frenzy. The first two stops are in Arkansas and Texas, then a four-tournament Asian swing through China, Korea, Taiwan and Japan, followed by the last two weeks in Florida — and capped again by the $7 million CME Group Tour Championship in Naples, with $2 million to the winner.

The $2 million first-place prize matches what will be awarded to the winner this weekend in Naples, and is the biggest single check in women’s golf.

“We’re a global brand, a global organization with players from all over the world, being distributed all over the world,” Marcoux Samaan said. “And we have an extremely fast-growing fan base where brands and partners can really grow their own business. So the commercial opportunity is really strong, intrinsic opportunities are really strong, and we’re extremely bullish on where we’re going.”