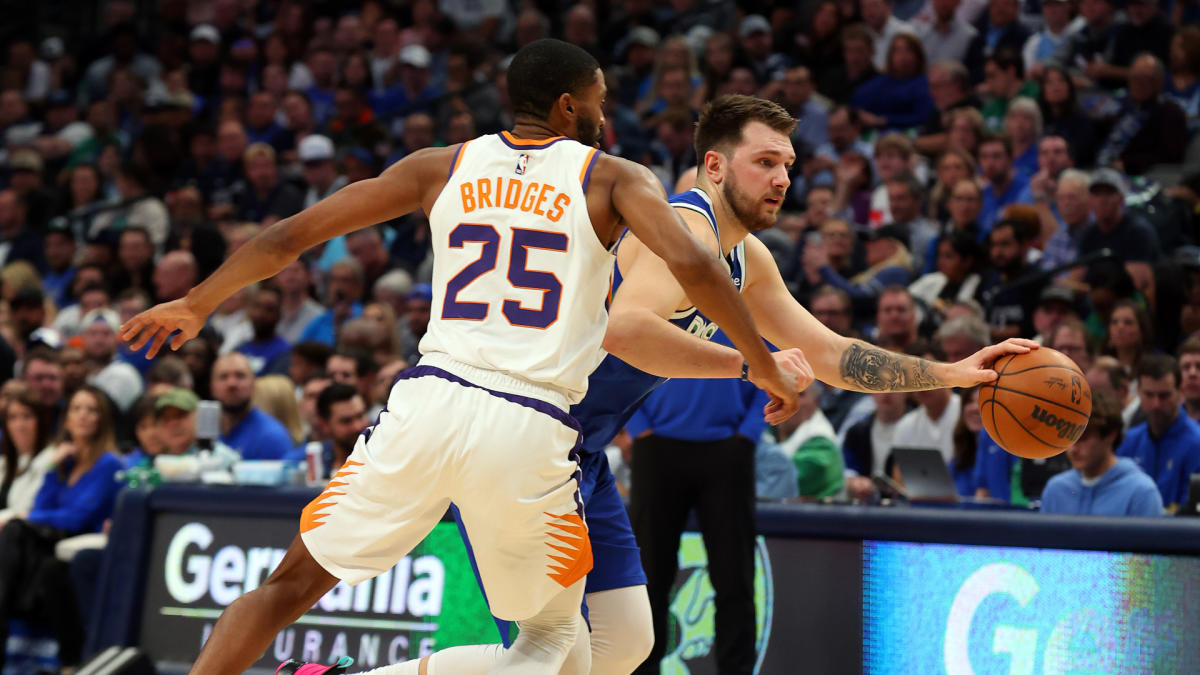 Normally, Luka Doncic and the Dallas Mavericks visiting the Phoenix Suns would feel like a battle for supremacy near the top of the league.

However, going into their clash at Footprint Center on Thursday, it threatens to be the latest in a poor run of form for Dallas, who not only have a bad recent record in Phoenix, but whose form has fallen off a cliff in 2023.

Their win at the Houston Rockets in their first game of the year was their seventh in a row, but since then they have a record of 3-8, including back-to-back home defeats to the Los Angeles Clippers and Washington Wizards in their last two outings.

Head coach Jason Kidd recently called for an improvement from his defense, whose standards have slipped this season.

Following defeat to the Atlanta Hawks last week in which they conceded 130 points, Kidd said: “In this league, if you do that, no matter if you have Luka or Kareem [Abdul-Jabbar] or LeBron [James], you’re going to lose. It doesn’t matter how many points you score, you’re always going to be short.

“So until we put a better effort into playing defense and understanding what we have to do, we’re going to score 120, but we’re going to give up 130, 140. One night we might give up 150, but we’ ll be fine because we scored, so it doesn’t look too bad.”

The Suns are recovering from their own bad run, though.

Last year’s runaway Western Conference winners started the season with 15 victories in their first 21 games, before only succeeding in six of their next 24.

Four wins on the bounce since then have sparked hope of a resurgence in Phoenix, though, and they will be hoping to take advantage of a vulnerable Mavericks side.

After his impressive performance in the 128-97 win against the Charlotte Hornets, Cameron Johnson said: “It’s life – you weather storms. Things don’t always go your way. We’ve found that out the past couple years. That doesn’t mean you tuck tail, run, sell the farm, hide away forever.

“We have a lot of confidence in our group. Top to bottom.”

Monty Williams’ men will look to call on that confidence when they welcome the Mavs to Arizona.

The experienced Paul was absolutely central to the recent 112-110 win against the Memphis Grizzliesscoring 22 points with 11 assists, before putting up another 11 assists against the Hornets.

With Devin Booker out, Phoenix have had to share the wealth when it comes to scoring points, and Paul has been key when available in enabling others to find those points.

If Deandre Ayton (illness) is missing again, it will likely come down to the 37-year-old to step up once more.

The Suns are 20th in the league for points scored this season, but the Mavs are a place lower. That seems pretty crazy when you think they have one of the best players in the league in their ranks, and he is again having a productive season.

The Slovenian will need help from his teammates in Phoenix, and a lot more than he had when his 41 points against the Wizards wasn’t enough for the win.

KEY BATTLE – Can the Mavs defense finally thrive with no obvious Suns threat?

As mentioned, Dallas has struggled to stop the opposition from racking up points this season, going from the second-best defense in the regular season last year to 12th so far.

One factor they could rely on here, though, is the Suns being without Booker and therefore without anyone averaging more than 17.5 points per game (Ayton).

Prior to Dallas beating Phoenix 130-111 in early December, the Suns had won 10 in a row against them, while they have gone 9-1 in their last 10 home games against the Mavs.