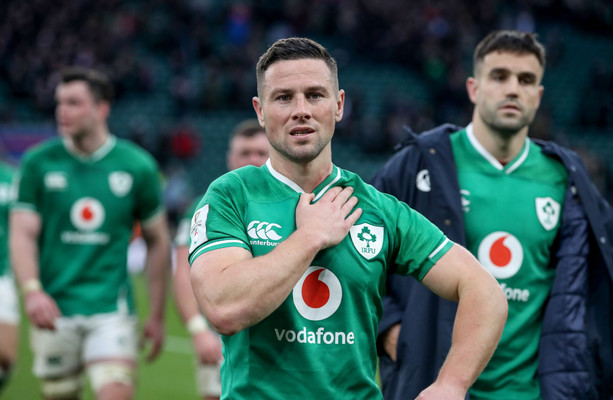 WHEN WORLD RUGBY announced in 2021 that it was changing the eligibility rules for Test rugby, it probably didn’t strike many people within Irish rugby that players from these shores could take advantage.

There were headlines when the likes of former Wallabies fullback Israel Folau and ex-All Blacks Charles Piutau and Malakai Fekitoa switched their allegiance to Tonga, who will face Ireland at this year’s World Cup, but now there is the possibility of a move much closer to home.

Scotland boss Gregor Townsend revealed this week that Ulster scrum-half John Cooney, who has previously won 11 caps for Ireland, contacted him about a potential switch to Scotland, who will also face Ireland in the pool stage of the World Cup.

Cooney, whose father is Scottish, will become eligible for the Scots on February 23 when the necessary three-year standdown period from Ireland involvement is complete and while Townsend wasn’t making any promises, he did welcome the availability of the 32-year- old halfback.

Speaking on today’s edition of The42 Rugby Weekly Extra – a podcast available to members of The42 every Monday and Wednesday – former Ireland and Melbourne Rebels performance analyst Eoin Toolan expressed his reservations about the World Rugby eligibility rules.

While Toolan doesn’t blame Cooney for looking to get back into Test rugby via his family links, he does have concerns about players with more than a handful of caps switching allegiance.

“You do look at it with a different lens when it’s an Irish player, I have to admit,” said Toolan.

“The second part of it is that I think 11 caps is just too many. For me, the rule should have been brought in for the likes of Isa Nacewa, guys who had one or two or maybe up to five caps for a country, then didn’t play again for a number of years and still had something to offer the international scene.

“For me, three years plus 11 caps just feels wrong. So in that case, I wouldn’t support it but to be fair to Cooney, you can’t question that his father is obviously Scottish and he’s working within the guidelines that are available to him. 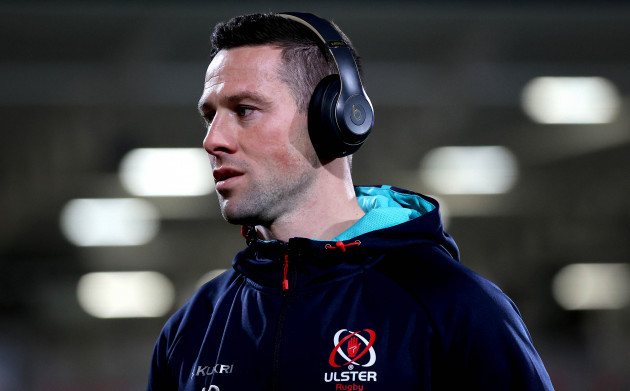 “I would say yes from a performance perspective but also potentially from a financial perspective as well, the allure of playing international rugby and what they might offer him. You can’t blame the player, I’m just not a fan of the rule in its current make-up.”

It remains to be seen if Townsend calls on Cooney, who is eligible ahead of the Scots’ third-round Six Nations clash with France, before they go on to face Ireland two weeks later.

Scotland’s current squad includes scrum-halves George Horne, Ali Price, and Ben White, while there are other options playing for Edinburgh and Glasgow, but Toolan believes Cooney has the quality to make an impact if called up.

“It’s a big call,” said Toolan. “I would probably choose Ali Price ahead of Cooney. Cooney definitely offers something different off the bench, his running game and kicking game are probably ahead of the other two, I would think.

“He’s proven at a high level. Obviously, he has been unfortunate behind Conor Murray, who was considered the best nine in the world for a number of years, and then Jamison Gibson-Park has come in and probably revolutionized the way Ireland plays a little bit.

“I think Cooney ironically could have fitted a very similar mold because that’s a huge part of his game, his ability to bring people around him into good positions. So I would say he’s definitely one who could push for a bench spot with Scotland.

“Ali Price played in the Tests on the last Lions tour so he would be my number one choice, but Cooney could definitely go in and do a job there. Wouldn’t it be hugely ironic if it’s him lining up a penalty kick to knock Ireland out of the World Cup come September. It’s one of those scenarios that could play out, so it will be fascinating to see.

“But as I said, the three years and volume of caps is just a little too close. I think if you’ve committed to a country and played that number of games, to be able to go and play for another country just feels a little bit wrong.”

To get access to The42 Rugby Weekly Extra, which comes out every Monday with Gavan Casey, Bernard Jackman, and Murray Kinsella, as well as every Wednesday with Eoin Toolan, become a member of The42 at members.the42.ie